Budget For Bangers By Marty

Budget For Bangers By Marty

Australia, whether people realise it or not has a long standing firearms culture.

Highly precise rifles are becoming normal. Technology and modern machinery is able to make products to such fine tolerance’s that a lower budget package now out shoots what was a far higher priced product that for a very long time was out of reach to the average joe.

How much does it cost?

That is a very open ended question, like asking “how long is a piece of string”.
To get started in rifle shooting you need to know what your goals or intentions are. Ie, you don’t want a heavy big bore gun for a 50m target shooting.

Small bore rifles are normal rimfire calibres for 50m out to 200 meters maximum. This is generally the cheapest category to get started, why? Because the rifles “can” be cheaper and the ammunition “can be” cheaper. But like everything you can spend $300 or $3000 or more no problems.

The sub $500 AUD rimfire market will consist of many many older used rifle options, you may be able to pick up an absolute bargain, but who knows its history. It could be hit and miss.
New rifles can be bought from sub $300 ie a basic Norinco bolt action, crude and rough around the edges, but they can serve you well. Ultimately you may out shoot the rifle.

Ruger rifles are around the next best value for money, the little Ruger American Rimfire is available with alsorts of options from light barrel and light synthetic stocks to heavy barrel and laminated stock, even an aluminium modular chassis. But as you go up in options you go up to around $800. Realistically these little rifles should get you shooting sub 1 inch groups at 100m if you use decent ammunition and you do your part!

Savage rifles are in a round about way similar spec and quality to Ruger rifles, but haven’t proven to be quite as accurate and potentially a fraction less reliable.

Going up in the dollar range, heading towards $1000 is where the quality and flood gates open. There are many many very high quality rifles in this range.

CZ, Browning, Lithgow, Sako and now Tikka. These brands all offer sensational rife’s that can all out shoot us. Browning, CZ and Sako have been making 22LR rifles for many a year. Some of the very best rimfires came out of Brno in the Czech Republic and Sako in Finland in the 60s. Although in recent times the new Lithgow LA101 is proving to be an exceptional package for around the $1000 mark and the new Tikka rimfire just released this year is bound to be good, hell, its a Tikka!

From here things get pricey, Anschutz and some other smaller boutique brands have listings of rimfire platforms that go well into the $3000 range if not more.

The most common calibre’s these days with centre fire primers are 223, 243, 6.5CM, 308, 300WM. But yes, there are literally hundreds of other chambering’s. The centre fire rifle market is far busier than rimfire with options from many more brands on the table starting at around $700.

Bar big big calibre’s, the size of the bullet doesn’t really dictate price. Branding and quality is where the the price point comes from. Most companies sell one model in many calibre’s, with a differentiation for short or long action types. Which is simply, a shorter length bolt of 2.8inch covers calibre’s to up 300 WSM or similar and long action is 3.4 inch which covers bigger.

The biggest players in the sub $800 centrefire market are same as rim fire Ruger and Savage. Again Ruger being my pick of the 2, the Ruger American is a very sound package for an entry level gun. With a basic exceptionally bedding stock and a very solid proven action with a hammer forged barrel screwed into it.
But there is big challengers from Thompson Centre and Howa. TC are a Smith & Wesson owned brand and their rifles are astounding quality for money! Fun fact for you, prior to S&W buying TC, Howa would make rifles for S&W named the the S&W 1500.  Howa are a Japanese brand, now as most things made in Japan, they are mighty fine rifles. Using a Sako Style action and very tight barrel fit, they generally perform superb out of the box.

In recent times there is strong competition from Italian manufacturer Franchi and also new a base package from Winchester but these are new to the scene and possibly on the lower quality finish of the price range.

All of these rifles would shoot very similar. Really, they should all be able to shoot sub MOA, Howa and Thompson Centre both give a SUB MOA guarantee, this is just them having faith in their product as much a good marketing.

My choice: Howa 1500 would be my pick of the bunch. Owning a Howa in .223 I know the potential of these actions. Just choose your stock style.

The $800 to $1200 price bracket is even more bloated. Rifles from Winchester, Browning, CZ, Tikka, TC, Weatherby, Remington…and the list goes on. There are many rifles that will perform well in this bracket. But, most will be an entry level package from a higher priced brand ie Tikka, Remington and Browning. This doesn’t mean your not getting good metal workings, but you may be skimping on finishings and options. For example, a base model Remington 700 ADL, looks very similar to a $1400 SPS but it has an integral trigger guard and no floor plate which means no removable magazine and you can not upgrade that with out changing out the whole stock. Where you are saving money, your missing out on features for a no frills base package.

This price range is a tuff one. Do you buy a cheaper rifle from the $700 bracket and spruce it up, or do you buy a base model from this bracket. Some of the big names have had to cut corners on their products to get down to this price range so I would go with a product that is not compromised but is worthy.

My choice: Howa LR with Bell and Carlson Stock! But wait, it wasn’t listed….it is now!!! Oh ok, fine. Il pick the Weatherby Vanguard. Why? Because it’s a Howa Action with Weatherbys world calls trimmings.

$1200 to $1500 see All of the lower bracket brands with their rifles in a decent spec. Tikka T3X is a platform that is world wide hard to beat, with its smooth and tight action and super accurate barrels. We also start seeing really nice timbers and laminated stocks, oh and all those frills that were deleted from the budget-orientated version are back on the table.

But, then there is the Lithgow LA102, Aussie made, even smoother than the Tikka and even tighter bolt play!!! The only issue with the Lithgow is limited calibre options so far. In the last 2 months, when people want to look at a Tikka, initially they love it, it is the gun for them….until you put a Lithgow in their hands and all of a sudden the Tikka doesn’t even compare. Now I know we are all different but that is our experience in the last 12 months since the Lithgow’s have taken off.

Pretty much all rifles in this class should exceed at most things. How they suit your personal taste is the finite decider.
To throw another spanner in the works, you are now in the price range of the $800 rifles in a $700+ modular chassis or stock, which takes away all the negatives and just adds positives.
This category is a real tuff one.

$1500 to $2000 is where things get downright gorgeous, sex appeal really kicks in. Sakos now come into play, Kimber’s and higher end Brownings, Tikkas and CZs are all options.

Now we have options and things to think about. The bill is starting to get quite expensive so we want to make sure it is the one we want! for sub $2k Sako is now the entry level firearm, and it is going to be a bare bones basic Fin for $1999.99. Tikka’s are starting to rule with several platform in many guises to choose from, Kimber are now starting to play with their high quality hunting rifles. Remington’s are falling by the way side, yes there are fancy Remington’s that certainly have a higher price tag, but they in my opinion are really struggling to keep up with the guns in this range.

My Choice: Tikka T3X Super Varmint. But this one is tricky as I feel I would be getting a better deal with the LA102 in the gategory lower.

$2000 to $3000
For me, I would seriously be looking into Sako now. They are an exquisite brand from Finland and some thing I would love to own. But even more so than any other category the quality is getting good, really good. Right now I wouldn’t even be thinking about Remington, Browning and Winchester unless your looking for some thing limited edition and specific. High End Tikka’s, CZ, Steyrs, Sauers and more. There is a lot of guns with high prices tags here. I couldn’t buy them over a Sako.

Here we do see a lot more adjustable chassis platform rifles, for example the Lithgow LA105 Woomera will be here next year. That is going to change things a little. For now, the Ruger Precision is a modular platform that offers adjustments to the shooter, to ensure comfort and consistency in the way you take the shot. Where one piece stocks are tradtional, modular is the way of the future, carved by competition shooters worldwide.

My Choice: For a Classic timber hunting style rifle most definitely id pick a Sako 85. But for a range ready target based platform I would go with the Tikka T3 Tac A1 or Tikka T3X Super Varmint and put it in a chassis from either MDT or Lucky13.

Upwards in value from here my taste and style sees me dreaming over Desert Tech International SRS Covert modular bull pup rifles or complete rifles from Accuracy International or boutique brands like Blaser.

There really is no limit to what you can spend.  A Rigby hunting could empty you account of $10000 in one hit if you so fancy.

Determine Whether Or Not Your Tactical Gear Is Delivering 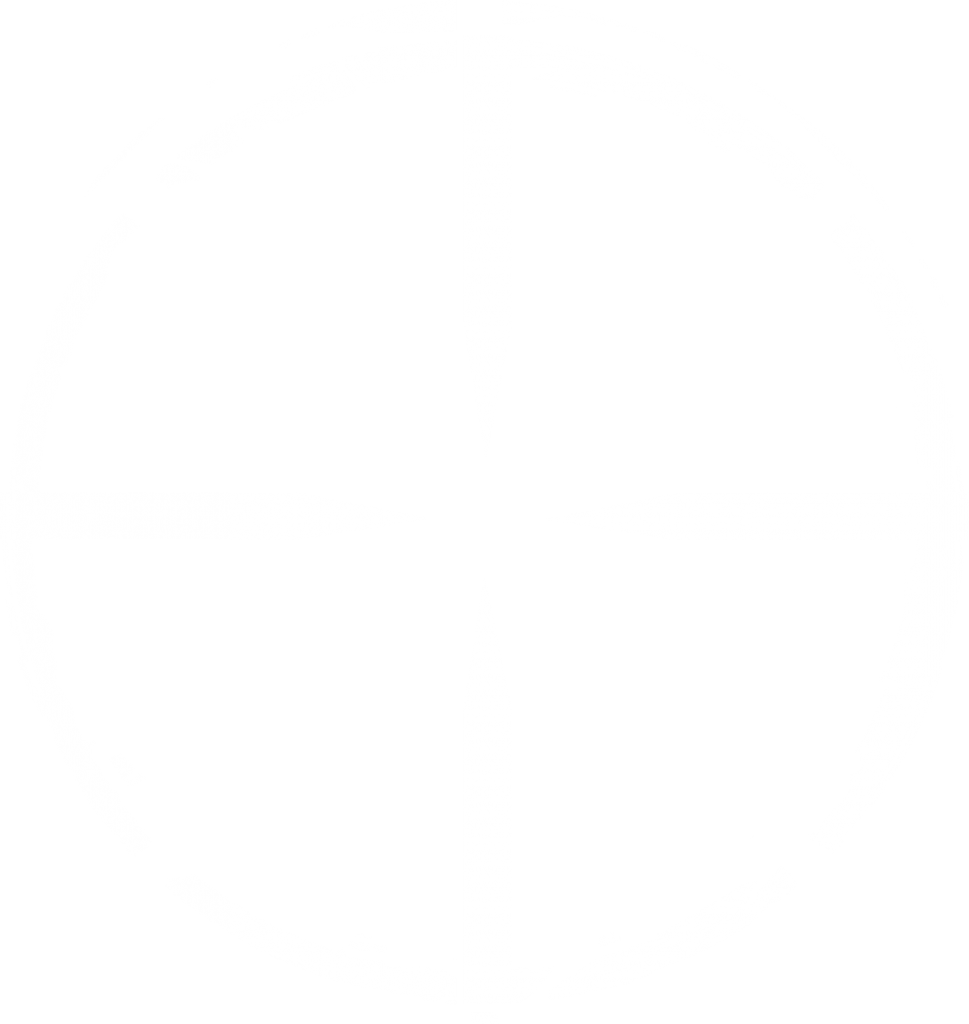 G&A Tactical is one of the leading suppliers of the Law Enforcement, Military, Public Safety, Hunting and Outdoor products in Australia. It has built a reputation on providing the highest quality products, offering exceptional service and on-time delivery since 2016.

Our line of brands include:

Every Day Gear, including;